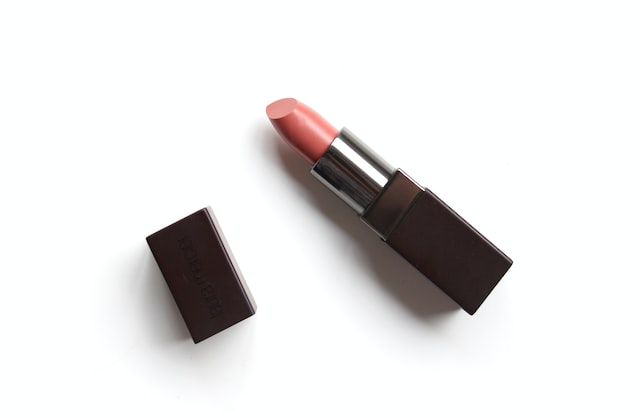 Lipstick, like its counterpart makeup has become something that most women cannot live without. Women have to apply “their face” before leaving their lipstik and touch up throughout the day. As one of the most popular makeup products on the market, lipstick has had a long history of use, which has not been all good. However, overtime it has gained huge popularity for women all over the world.

The first types of lipstick were make out of crushed precious jewels, fucus-algin, iodine and bromine, and crushed carmine beetles. Mesopatamian and Egyptian women invented lipstick as a way to decorate their lips along with their faces. Although not much is known about the progression of lipstick from Cleopatra’s time in 60 B.C. to the 16th century, Queen Elizabeth I of England made lipstick popular through her vogue style of a pale face with reddened lips. At this time only upper class women wore red lipstick along with actors. However, rouge colored lips were not accepted by all of England’s society. A movement in the 17th century headed by pastor Thomas Hall declared wearing lipstick as “the Devil’s work.” Women who wore lipstick were in contempt of trying to seduce men into lustful acts. Additionally, in 1770 the British Parliament passed a law against wearing lipstick, stating that women who seduced men into marrying them through their lipstick could be tried for witchcraft. When Queen Victoria took the thrown she out rightly denounced the wearing of lipstick. Lipstick was only for prostitutes, sinners and outcasts of society. England wouldn’t fully accept lipstick until the early 20th century.

The first manufactured lipstick was made by a French cosmetic company, Guerlain in 1884. At this time lipstick for everyday use was still unaccepted in the US. However during the Roaring 20’s actresses such as Sarah Bernhardt began to wear lipstick outside the theater. The film industry gave lipstick a new found popularity and women were expected to wear lipstick as their patriotic duty during World War I. In the 1930’s the first beauty parlors were opened, where women could learn makeup tips.

Throughout time, the popularity of lipstick can be contributed to high-powered women, fashion models, or actresses. It is these women such as Queen Elizabeth I, Sarah Bernhardt, Elizabeth Arden, Marilyn Monroe and Elizabeth Taylor who are icons that made lipstick popular in their time. Women and teen girls idolized these women back then and the trend has continued into present day. Singers, actresses, and fashion models are adorned throughout the pages of magazines, on television and on billboards. Imitating their style, fashion and makeup is a popular technique in society.
Although, there are thousands of varieties, brands and colors of lipsticks now a days, red lipstick is still considered a sexy, luring and powerful color. However, it doesn’t hold its infamous back-story of shame or prostitution. Women in the 21st century coordinate their lipstick along with their makeup to match their clothes or feelings.
So why do so many women wear lipstick? What is the obsession with painting our lips red, when our lips are naturally pink already? During sex blood rushes throughout the body causing our lips to redden. By painting our lips red or wearing lipstick, women can be more sexually appealing to the opposite sex. Additionally feeling sexy gives women power, and boosts her self-confidence. Therefore women are a sex symbol within society.

Lipstick and makeup still remains a symbol of adult sexuality. Wearing lipstick is a symbol of a woman’s maturity. However the age of womanhood has been blurred over the years and there is still an objection from parents to hold off the age when girls should start wearing makeup and lipstick. Although, if you check out any high school in America there is an overwhelming abundance of teenagers wearing makeup. Additionally cosmetic companies are advertising to the younger market. This just proves that women throughout the world cannot live without their makeup and most carry it with them daily. Thus women feel naked without their lipstick.